Multilingual Marketing Agency, Poly Digital Marketing, can prepare your business for international customers in this globalised economy. With its spectacular natural beauty, world famous wildlife and rich history, South Africa has been a favorite holiday destination for English speaking tourists for many years. In particular, tourists from the USA, UK, Germany, the Netherlands and France made up the largest number of overseas arrivals in 2017. Most visitors from European countries speak at least a little English, making South Africa an attractive option for an overseas holiday.

When South Africa joined the BRIC countries in 2010 to form BRICS, a drive to increase relations and encourage tourists from Brazil, Russia, India and China began. This, however, presents a new challenge for SA’s hotels, game farms, guest lodges, restaurants and tour operators – catering for international visitors who don’t speak English:

How partnering with a multilingual marketing agency can help

During the course of 2017, local and international tourists spent around R500,000 a minute in South Africa. International visitors contributed some R121 billion to the economy during the same year. If South African businesses can tap into more overseas markets by attracting non-English-speaking visitors, the rewards can be massive – but to do so, they need to be able to market their products and services in the right languages. This is where a multilingual marketing agency becomes invaluable. 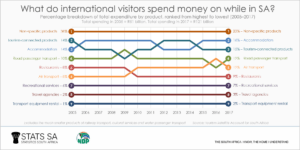 Advantages of working with a multilingual marketing agency

Whether you run a restaurant, guesthouse, spa, bed and breakfast, hotel, retail outlet, or work as a safari or tour operator, offering at least your basic information in additional foreign languages is an excellent way to attract more interest from international visitors.

Even if you don’t speak any of these languages yourself, having items such as: 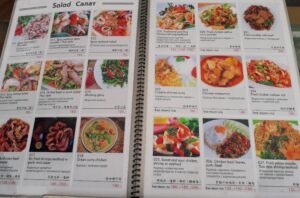 Translated into several common international languages will not only make it easier for international tourists to find you, it shows you’re considerate of their needs too.

Thailand is an excellent example of this technique in action. After a significant number of Thai businesses proactively had their signs and menus translated into Russian and Chinese, the kingdom (and its economy) enjoyed a huge boost in travelers from both countries. South African businesses can easily do the same. 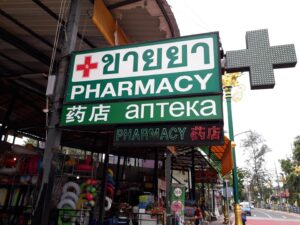 It’s important to remember that having your website and marketing materials translated into other languages opens doors beyond the BRICS countries too. For example, Angola and Mozambique are the second-largest Portuguese-speaking nations on the planet after Brazil.

In fact, it’s estimated that Africa will have more Portuguese speakers than any other region by 2050. As many tourists from Angola and Mozambique already visit South Africa, tapping into the Brazilian market makes South African companies more attractive to these countries too. A reputable multilingual marketing agency can help you reach them all.

Likewise, translating your website and marketing materials for Chinese tourists may also encourage visitors from Thailand, Malaysia and Indonesia, which all have significant Chinese populations. Even here in South Africa, there were 500,000 ethnic Chinese living in the country in 2012. 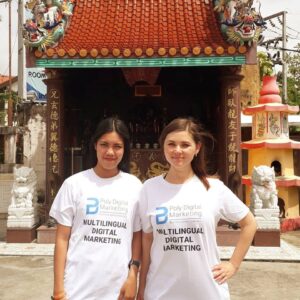 International visibility is another big advantage of translating your website into different languages, as you’re more likely to show up in searches performed in their native language. In some cases, such as with the Russian market, your potential customers might not even be using the same search engine as you. Yandex, Russia’s homegrown search engine, holds the market majority with 48.79% compared with Google’s 47.88%. When you work with an experienced multilingual marketing agency, unexpected trends like this can be used to your advantage. 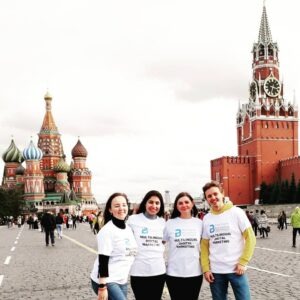 And finally, the easier Russian, Chinese and Brazilian tourists who don’t speak much English find it to navigate South Africa, the more likely they are to recommend it to their friends, family members and colleagues!

In summary, there is huge potential for South African hospitality companies (and businesses in general) to attract more international tourists. Contact Poly Digital Marketing to translate your website, marketing materials and company information into different languages. Just taking this small step can make a massive difference to the amount of revenue your company brings in from international tourists.